As a major step forward, Cohesity empowers enterprises to run apps on the same platform that houses massive volumes of backup and unstructured data. The possibilities of this capability are far-reaching:

What is an App? 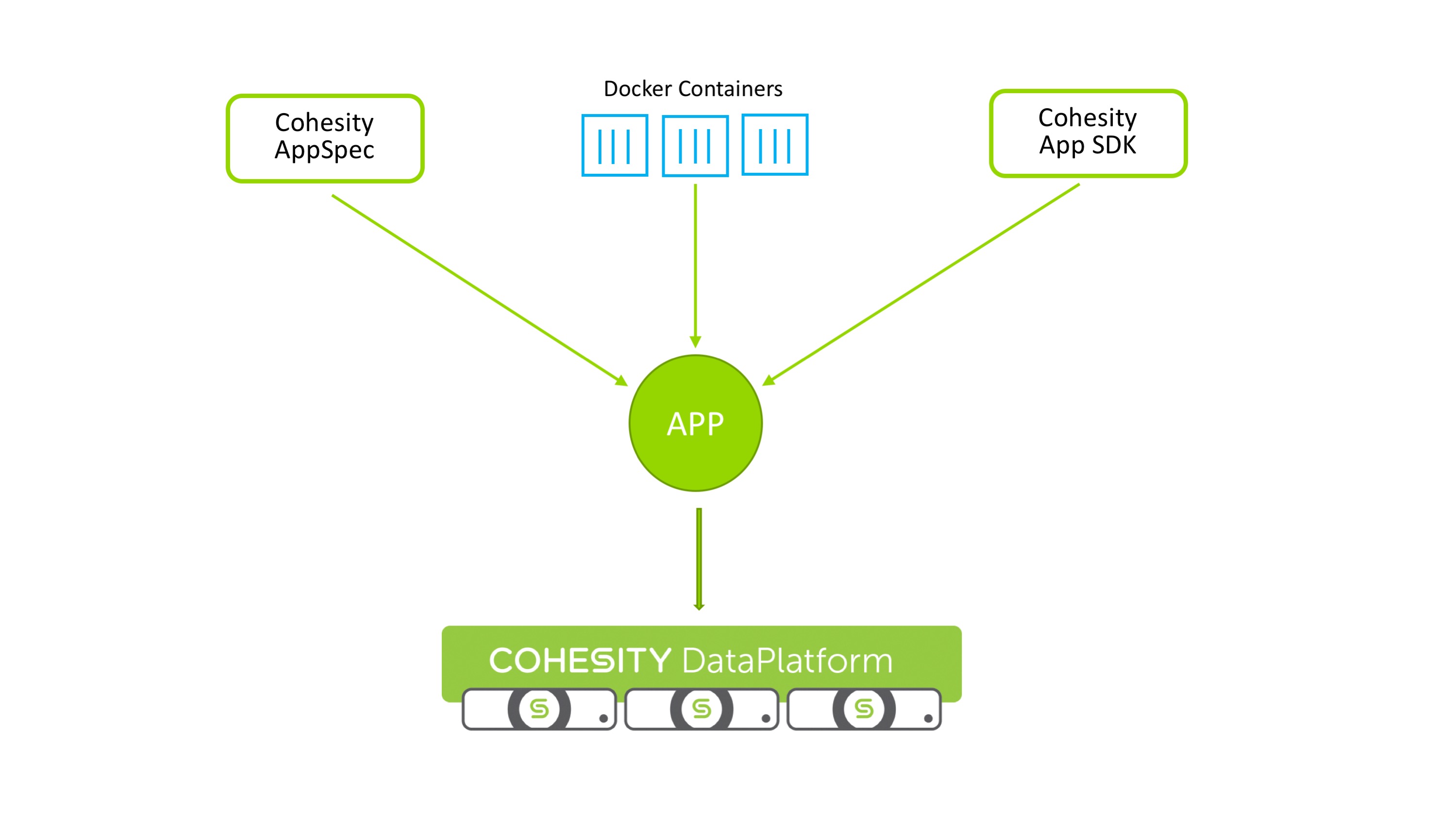 How do I build an App?

Building an App for Cohesity DataPlatform consists of the steps below.

1: Build the container images for your App

The first step is to define and build the Docker container images that your application requires.

For allowing your app to interact with Cohesity Platform, you may also want to include the below in your container:

2: Use the Cohesity SDKs to access data managed by Cohesity DataPlatform

4: Publish your App to Cohesity Marketplace

Please write to developer@cohesity.com to get your app onto Cohesity's Marketplace.

Here is a complete example app called ViewBrowser which lists and browses views. You can use this as a reference to create your own App.